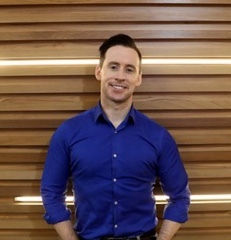 Published: over 2 years ago 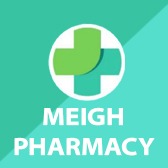 ‘Chimp’, as he is affectionately known around these parts, had been working in England for years, but he kept up his relationship with the club by flying home to emcee a number of big fundraising events in the Jade Centre.

We asked him how he finding life in the studio in Belfast.

“It’s all a bit surreal. I was a Gerry Anderson fan for years and to be doing the same slot as he did is amazing.

“I’d really been enjoying working in England and it was going to take something of that size to get me back home regularly. Anyone who knows me will say I’d never really been away as I always got back to Jonesboro and Dromintee usually once every six weeks or so.

“I’m still going to be doing a lot of travel as my wife (Holly Hamilton) is still in Manchester plus I still do a show across the North West of England that goes out across a number of BBC stations every week.

“I’m settling in well. I got a great welcome from the listeners, which was very important to me. Loads of old listeners from my old show on Cool FM have reappeared which is both weird and brilliant.

“It’s been hard work getting everything off the ground but I have a brilliant team - Cameron and James who are my producers make great content.”

One thing local listeners have noticed is Connor’s constant reference to his home area. He says it’s hard not to be proud of your roots.

“I did an article for The Belfast Telegraph the other day and was asked what I was most proud of. It’s not hard to answer - being from south Armagh and being a Jonesboro/Dromintee man.

“It’s also not until you move away from the area for a while that you realise how great the people and the place actually are. I try hard to mention it as much as I can - I want people to know how brilliant the place is. An area of outstanding natural beauty with the people to match - the football isn’t bad either!”

Connor won a number of medals for Dromintee, and he continued that tradition in Manchester too. And there was a hint of a ‘come get me’ plea to senior manager John Kennedy as he said that he hopes to represent our club in the future once again.

“I can’t do as much travelling as I want at the minute so I’m not sure how my GAA career is going to finish.

“I have always said I’d like to wear the blue and white of Dromintee one more time in some capacity. Maybe that time is closer than I originally thought. Much is going to depend on how things play out after lockdown.”

Chloe Daly would like to thank Newry pool league, Dromint...

Thursday night the club picked up the Underage Club of th...

Dromintee GAC Coaching Committee are hosting an event to ...

This years AGM will be pushed out to a date in December d...

Armagh County Board are inviting submissions from people ...