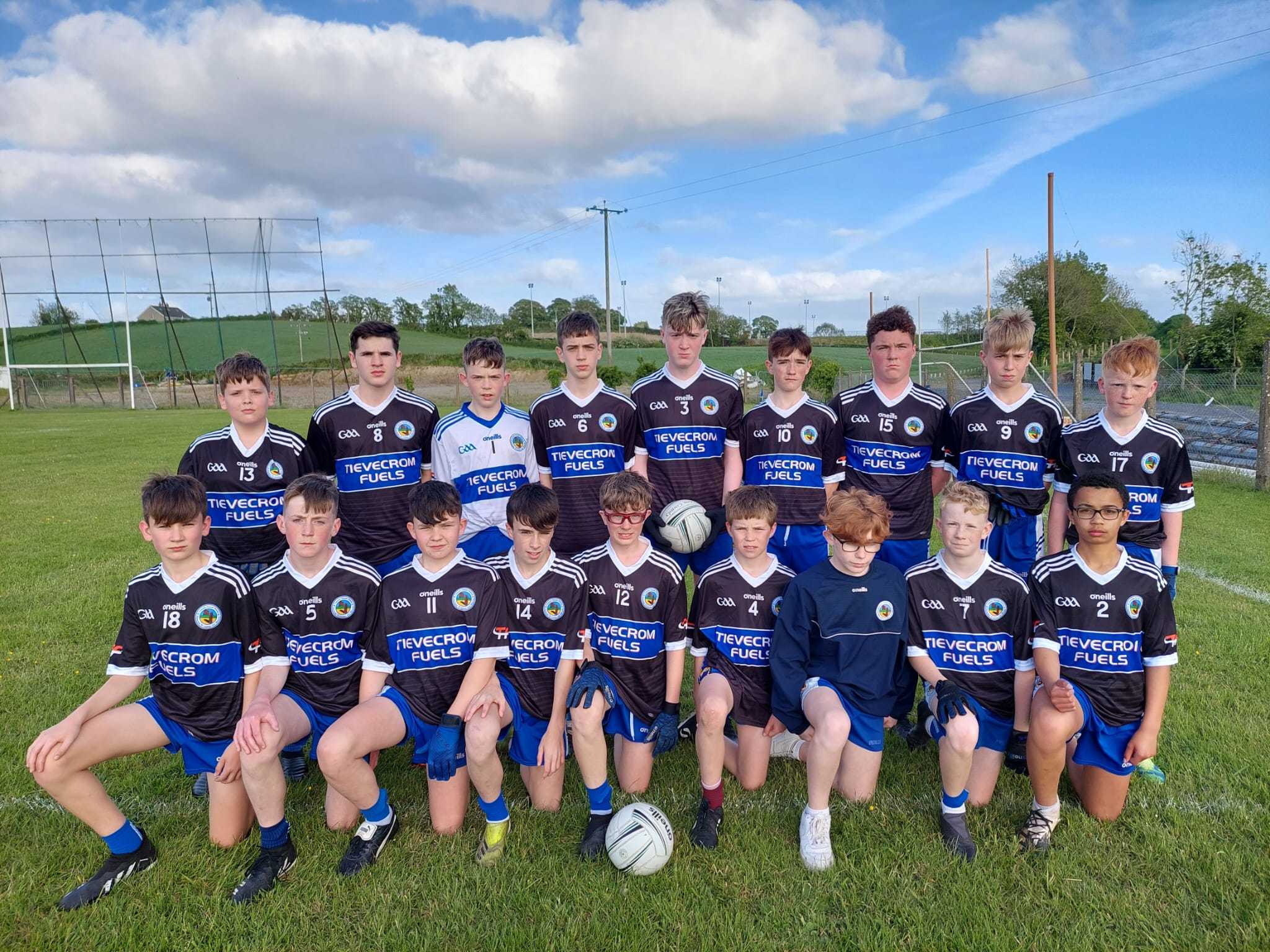 Published: about 1 month ago

Dromintee u15s fell just short after a tenacious challenge to runaway league leaders Culloville in this evening’s away Division Three fixture. “The Blues” finished strongly to hold off the young u15 side despite trailing for much of the game.

The visitors dominated the early passages of play with midfielder Odhran Carnegie breaking forward at will to get on the end of some sweeping Dromintee attacks. Odhran accounted for 1-02 before Culloville or anyone else could trouble the scorers.

Despite a disadvantage in size, Dromintee controlled much of the play and consistently created scoring opportunities. Oisin Gallagher led the scoring charge and a three point half time lead didn’t reflect the quality of the football Dromintee had played.

Playing into the elements in the second half, Dromintee doubled their work rate to keep Culloville at bay as the league leaders began to get a grip on possession and the flow of play. The home side finally made their mark on the scoreboard in the final quarter as Dromintee tired to run out seven point winners.

Thank you to Martin&Martina McKenna

Our U7s Coaches &amp; Kids would like to pass on a huge t...

Great day out for our U9.5s at Micky Crummy Blitz

Great day out yesterday at the Micky Crummy U9.5s Blitz. ...

Have you booked your child onto this years Cul Camp? Ther...

The death has occurred of Sally Hughes, mother of Club Tr...

The clubs of Forkhill and Dromintee would like to extend ...

U10.5 girls team at Carrickcruppen blitz this morning. Th...