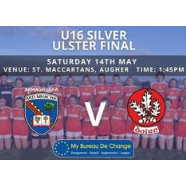 Wishing our own County U16 Players, Emma Murtagh and Grainne o'Rourke good luck in the Ulster U16 Silver Final tomorrow as they face Derry at St Macartans ground in Augher. Throw-in is at 1:45pm and it will be broadcast live on Ulster LGFA Facebook page.

Best of luck also to Aidan O'Rourke, our Coaching Officer who is looking after the team. Previously, the team lost to Derry narrowly in group stages, however they will look to turn the tables this weekend and bring home the Ulster Cup before preparing for the latter stages of the All-Ireland later on this summer. 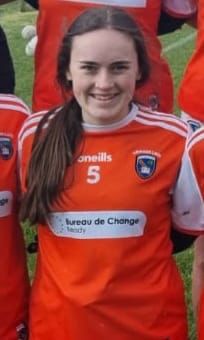 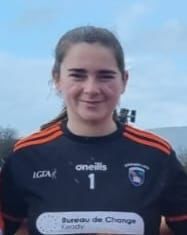 Congratulations to the U14 St Paul’s team including our o...

Armagh’s championship fixture at the Atheltic Grounds on ...

Congratulations to Armagh LGFA on a superb win over Doneg...

Best of luck to the Armagh Ladies team and in particular ...